With the NHL lockout over and teams getting ready to play this week, the focus in our house has turned once again to hockey!  What better time to showcase the NHL Fastrack game from Blue Orange Games. 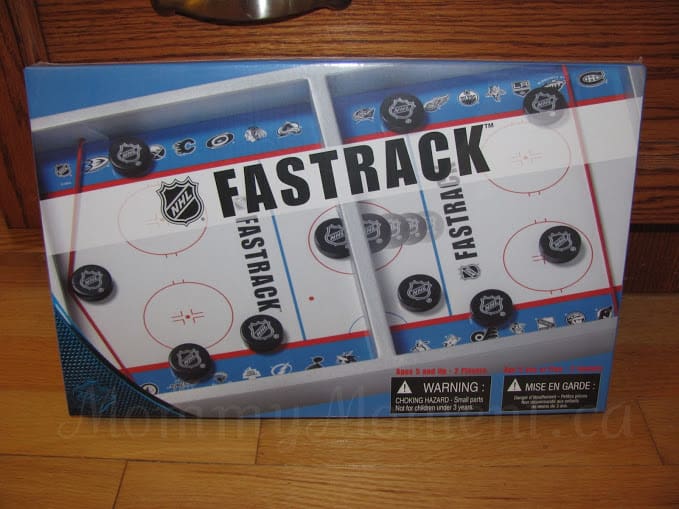 Included in the NHL Fastrack game is: 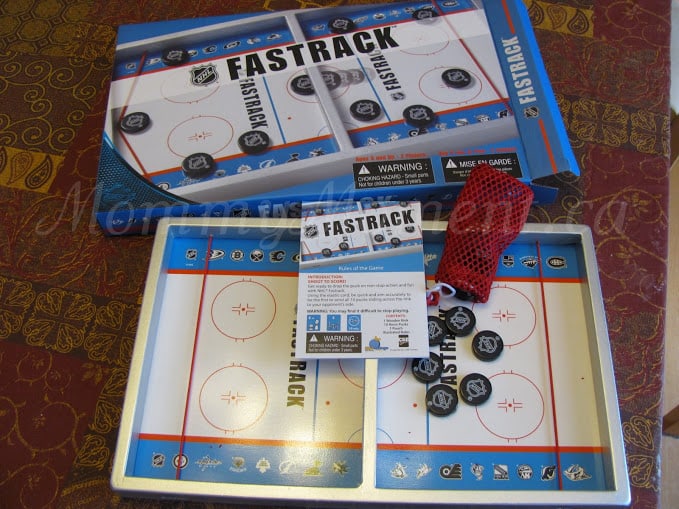 NHL Fastrack is an eco-friendly game made of 100% wood!  And since the game is officially licensed by the National Hockey League® the rink’s sidelines feature team logos from all over North America.

While NHL Fastrack helps develop hand-eye coordination as well as fine motor skills, it also brings the competitiveness of the NHL to your tabletop! 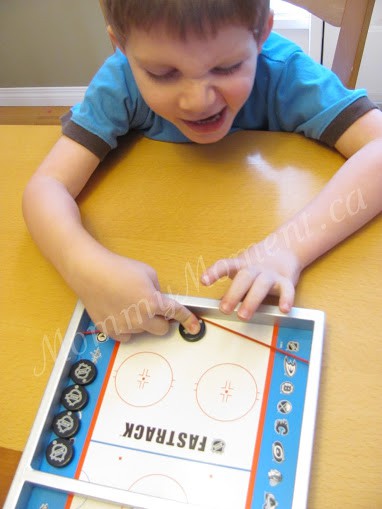 The game is simple: using the elastic cord, be the first player to send all 10 pucks across the rink to your opponent’s side.  While the game might be simple in nature, it is addicting and can be played over and over again for hours!  (My husband and son played at lunch time and my husband was almost late for work!) 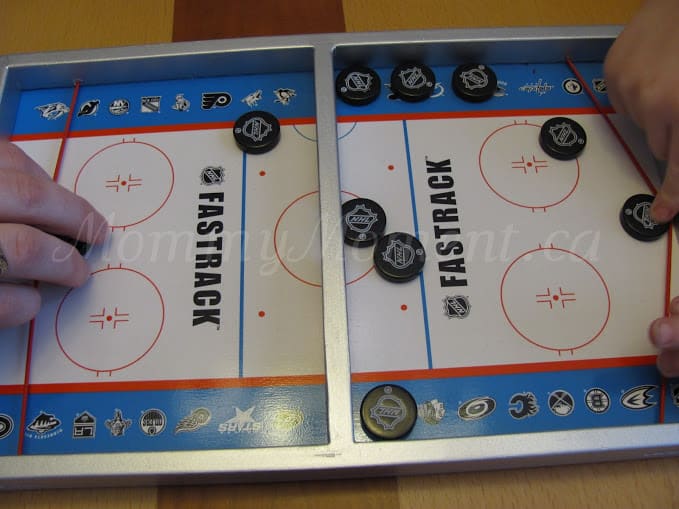 Another great game from Blue Orange Games is Spot It!  Spot it! is a matching game for 2 to 8 players that requires speed and a sharp eye.  With 5 different game variations, this is a game that can be played time and time again without players getting bored of it. 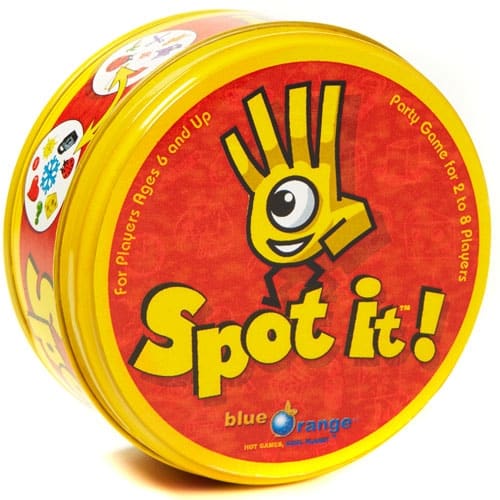 The main goal of this matching game is to spot a matching symbol on your card with the community card.  There is always one, and only one, matching symbol between any 2 cards in this party game.  Trust me, at times everyone around the table thought that our card had no matching symbol, but when we slowed down and took a closer look we found that indeed there WAS a matching symbol. 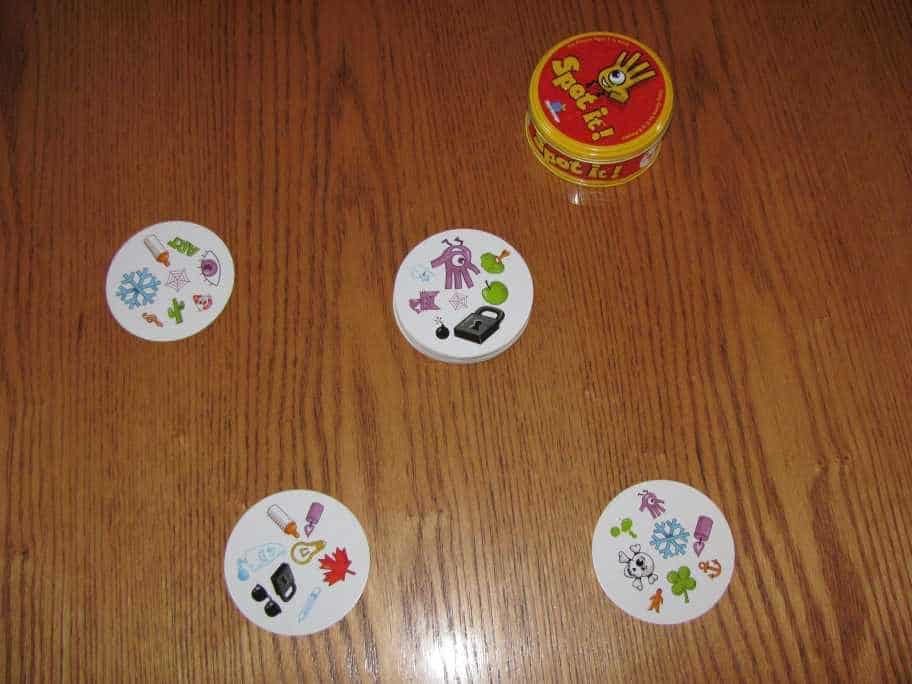 Even though the game is specifically for ages 6 to adult this game is fun for all ages.  While we were playing, my daughter who is 5 was sitting at the same table painting.  Even from across the table she was better at finding matches on the cards than I was.

There are different versions of Spot It! as well.  There is Spot It! Jr. Animals, Spot It! MLB, Spot It! NHL and Spot It! On The Road.

Check out Blue Orange Games for your next game night!