You may get exhausted, exhilarated, sunburned, mesmerized and awestruck, but one thing you’ll never get in Wisconsin Dells is bored. The community of about 5,000 people in the state of Wisconsin welcomes an astonishing five million visitors each year.

Why do they come? In a word — WATERPARKS!

Wisconsin Dells bills itself as the Waterpark Capital of the World, and with good reason. But if you’re ready to write off Wisconsin Dells because you’re not really a water person, hold on just a minute. Waterparks may have put The Dells on the vacation map, but it’s everything else that keeps visitors coming back year after year.

We proudly present our top 3 picks when it comes to thrill rides, relaxation, restaurants and accommodations—everything you need to plan your road trip to Wisconsin Dells

First up: Where to Get Your Heart Racing! 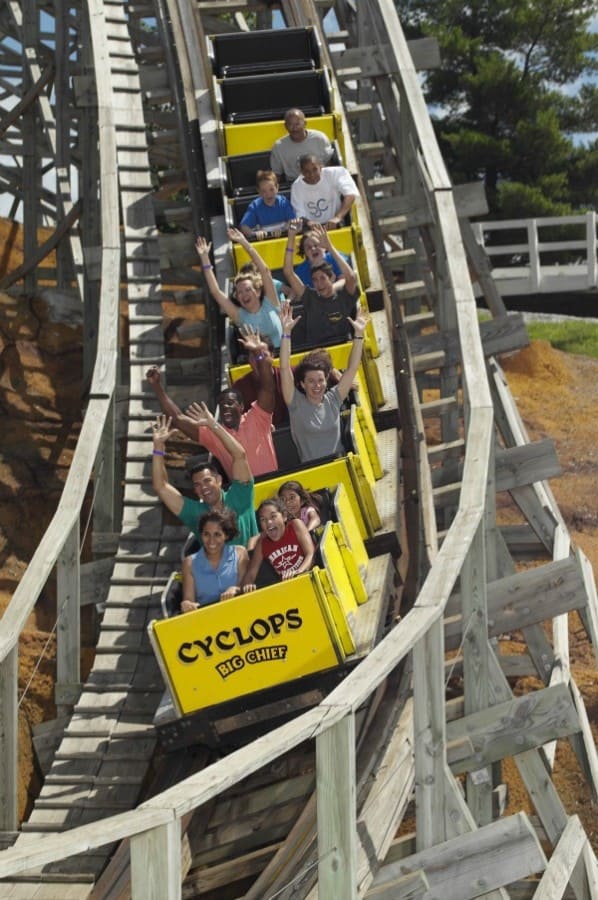 From the road, it’s impossible to untangle one coaster from the next in this giant amusement park/waterpark. For example, there’s Hades 360. It appears as though this mammoth wooden roller coaster is going to crash headlong into the concrete parking lot. Something far more terrifying actually happens: it plunges into total darkness beneath the surface. Some people – and I’m not naming names here – don’t know that it goes underground because they’ve kept their eyes squeezed shut since the coaster’s first 43-metre drop. At one point, you’ll be travelling at 110 km per hour and, at that speed, hanging on for dear life isn’t a figure of speech anymore. As the name suggests, it does in fact do a 360 degree loop. Enough said.

Mt. Olympus is a sprawling acreage of indoor and outdoor waterparks, shops and restaurants—including four coasters. There are also go-carts, bumper carts and amusement park rides for kids who aren’t tall enough to take a seat on a roller coaster. A day pass costs about $40 U.S. and includes all rides and attractions. 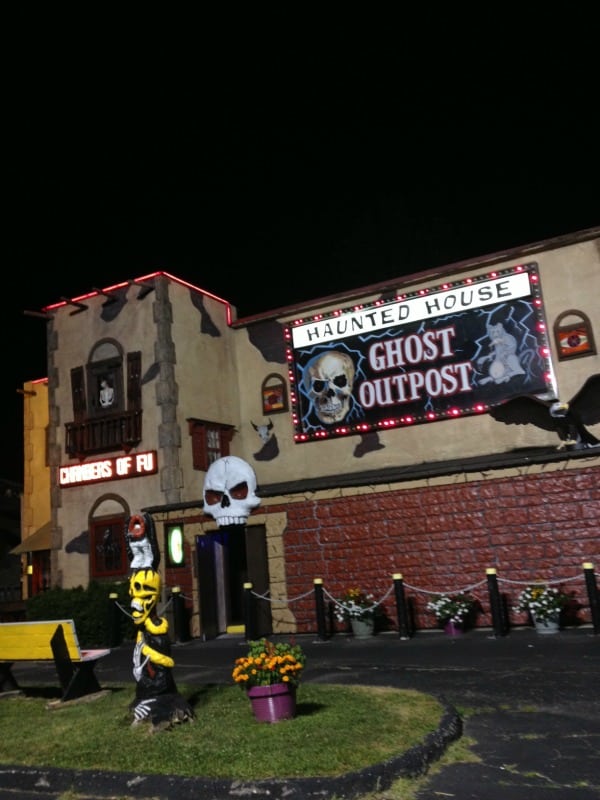 Don’t you hate it when you get all psyched up for a haunted house tour only to be thoroughly disappointed by some lame mechanical skeletons and a recorded voice? That’s definitely not the case at the Ghost Outpost, a fright palace conceived long before anyone worried about posting warnings about heart conditions. Each of the unlucky 13 chambers delivers the goods in the form of a shock, a jolt and a scare – all of which is inevitably followed by a nervous giggle and brave exclamation (“that didn’t scare me”). It’s guaranteed to be one Wisconsin Dells attraction you’ll be talking about for years to come. Insider tip: Beware of the toilet at the end of the tour! Can’t say more than that.

With so many waterslides in Wisconsin Dells, picking the scariest is a challenge. Some folks are rattled by a slide that’s dark inside. Others want speed and/or a healthy vertical drop. Yet among the dozens of options in town, a tried-and-true favourite knee-wobbler is the Point of No Return, 1 of 8 thrill rides in this mega waterpark. The people in line behind you won’t let you back down as you peer over the 10-storey drop. The only option: lie down, cross arms over chest, take a deep breath (because you won’t be breathing on the way down) and surrender to the plunge. The good news: the trip lasts all of five seconds. Then you’ll be ready for fresh thrills like the Scorpion’s Tail – a four-storey series of whitewater twists and turns that propel you downward at 65 km/hour. 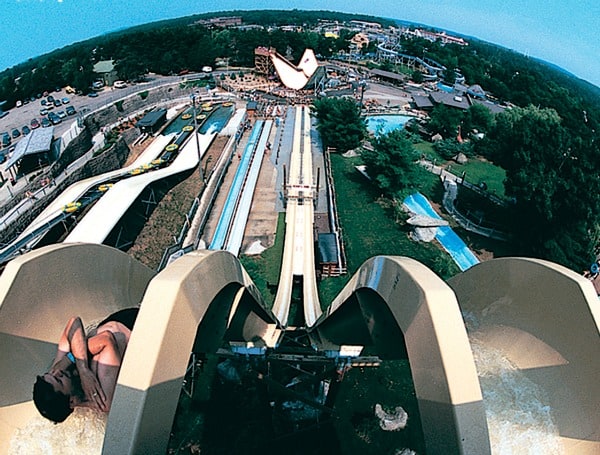 Stay tuned for more on Wisconsin Dells including relaxation, where to stay and restaurants!!

Where to eat while at Wisconsin Dells

Where to sleep while at Wisconsin Dells

Where to relax at Wisconsin Dells

Shel writes about the outdoors, travel and food when she’s not playing outside, on the road or eating. Her recent adventures have included a trip to the tundra to serve as cook at a caribou hunting camp and making a long overdue journey to Ukraine with her dad Merv. She’s the founder of a group called the Manitoba Food Bloggers as well as an avid angler and hunter. She lives in Winnipeg with her husband Ivan and their son Clark. [email protected]

You can sign-up to get an email update each day. You can also connect with Mommy Moment on:
Click here to cancel reply.

One other place that most never hear about while down there although it's a little further south of the Dell is the House on the Rock! Perfect rainy day thing to do...an amazing museum with every collection imaginable!! From full sized carousel, dolls, books, a room full of moving gears, mechanical orchestra's to an infinity room! Amazing place!!!!

Oh wow! This post brought back memories from Sherwood Forest cabins to the haunted house where my hubby screamed like a girl and rather then "protect" me, he pushed me into the way! lol. I tease him about that ALL the time!! haha. Thanks for taking me on memory lane! I've been there twice, can't wait to take my kids now!!!

I have never been there, but it looks like fun. We love waterparks!

Oh my god, we would have so much fun here, Its been way too long since I've been to an amused park. Looks like you guys had a blast. I love roller coasters!!

Love the look of that water park!!