Several months ago I posted about Walmart’s Mom of the Year award.  Walmart heard the call to the tune of over 16,000 entries with stories about truly courageous and inspiring mom’s.  The list has been looked at and is now down to 8 finalists with 8 truly wonderful stories. 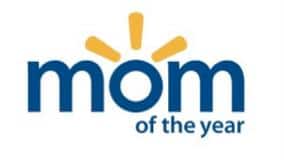 Having read all the stories I want to share one that touched me very dearly because of the cause she is fighting for.  If you look around you, it is almost impossible to not know someone who has not been touched with some type of mental illness.  In fact, according to the UN in Canada the stats are that 1 in 3 will suffer with one type of mental illness sometime in their life.  Helen MacDonald saw the need for support of people with mental illness only after she lost a family member to it.

After her brother committed suicide, she began reading about bipolar disorder and depression, which is what he suffered from. She saw the lack of support that existed for people living with mental illness, and set out to change it.

What started as a small gathering of people in her kitchen, has now exploded into an annual fundraiser known as Women and Wellness.  The goal of this is to promote a safe and open dialog about mental illness.  This forum is now going on from Halifax to Vancouver touching the lives of people all around.

Helen’s charity of choice is a noble one, the Canadian Mental Health Association.  This is charity she has donated to in the past and continues to support via her forum.  Since Helen is one of the finalists she will get to give this charity $10,000 and she will also be rewarded $10,000 herself.

Lets take Helen’s advice and not stop talking about mental illness. Together we can get rid of the stigma and make a difference!

All the finalists have very touching stories. You can read them all at www.momoftheyear.ca,

The Mom of the Year Award is an annual program that will continue celebrate all that Mom does and shine a light on what is important to her. Be sure to nominate the special mom you know in 2013!

The eight finalists that were selected will each receive $10,000 for personal use and $10,000 to the charity they have chosen. Plus, at the end of September a gala will be held to announce the Mom of the Year, who will receive $100,000 for her charity! It’s amazing to think how far that could go!

Mental illness has touched most of us either with someone we know and love. Or personally. sounds like a great cause.

Wow, what an amazing woman! And what a wonderful endeavour. I will have to research Women and Wellness. It could be a good thing to have here.