What did I learn in Arviat ~ By Trevor

In my second take on my trip up north, I would like to share with you about 3 more things I am thankful for.  Of course being up north you learn about the things you miss from the south, but there are things about the north that you wonder how you could live without.

Of course living up north for a week, you have to eat, and like any hungry human I decided to take a stroll to the store.  Now living up north in my younger years did prepare me for the realization that this was going to be an expensive shopping trip and I will have little to show for it.  I took some pictures and sent them to my friends, and of course what followed was the shock and awe of how cheap things are down south.  Little things we take for granted like cola and fresh fruit can be bought with a couple of dollars, however the reality of the north eradicates any hope of a cheap or healthy snack.  And I was told that the prices in Arviat are cheap compared to some of the other communities further north.  Of course the reason for these high prices is transportation.  Like I explained in my previous post, your only hope of getting in or out is plane, and planes are not cheap to fly. 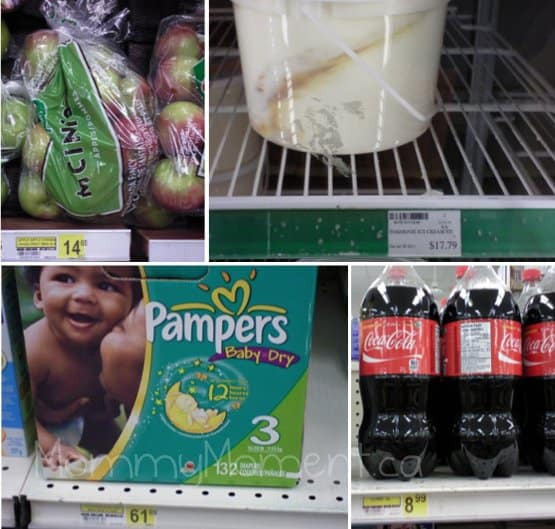 The other thing that I learned to appreciate is the rich culture that awaited me.  It was a pure joy to see the culture and traditions of the Inuit people were not only surviving, but thriving.  The first language of these people is not English, but Inuktitut.  Having worked in a government office, it was nice to see that all emails were send in 4 languages (English, French, Inuktitut, and Inuktitut syllabics).  As I was walking in the community and observing the people, I also noted that few of the local people wore store bought jackets, Many of the locals wore handmade clothing from both cloth and wild game.   My secretary told me that girls learn to sew at 10 years of age, and the men learn to hunt at about the same.  The other cultural piece that I really came to appreciate was the local handicrafts.  At least once a day local carvers, sewers and artist would come to the health center wanting to sell some of their wears.  And WOW, their talent is not waning.  I think it would be fair to say that I left lots of the money I earned was left for the local carvers, sewers and artists.

And the last thing that I will share about appreciation was family.  While working and talking with the various families in the community I learned that blood is definitely thicker than water.  Being so far north there is not much around you except family.  When one family member is down, there will be 2 others there to help them up, no matter what they did, said or thought; family is everything.  It made me realize that my family, no matter how dysfunctional we may be at times, really is all I have at the end of the day.  I could lose my home, my car or my job but I realize that my family will be there no matter what.  Thank you Arviat for making me realize just how important my wife and two little girls are.

Wow! What an eye opener!

we can all be thankful for what we have

Wow, $8 for a 2 liter of soda is just unreal to even try and wrap your mind around.

I know! It is CRAZY! I'm so glad my hubby brought a lot of food with him when he went so that he did not have to buy too much!

ouch, and I thought some of those prices I saw in Walmarts in the U.S. were expensive (posts on g+ for sugar twin and coin star LOL) but thats craziness