My Little Pony was a hit when I was growing up.

Small figurine ponies were the perfect gift for a girl growing up in the late 80’s and early 90’s.  I even had stuffed My Little Ponies that sat on my bed every night.

Now that I have a daughter of my own, I was excited to share the fun of My Little Pony.  In fact, those same stuffed ponies now grace her bed and I love that she and I can share the magic of a toy we both love.

Shout! Factory for Kids is excited to bring you the release of the My Little Pony: Friendship is Magic: Adventures in the Crystal Empire DVD. 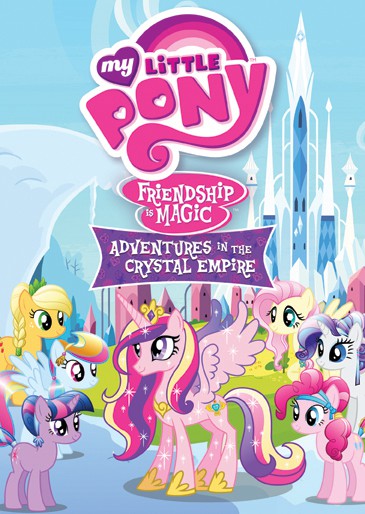 This DVD includes 5 episodes from the Friendship Is Magic TV series that is aired on the HUB TV Network.  The great bonus features on this DVD include a coloring sheet and a sing-along.

Can Twilight Sparkle and her friends keep the Crystal Empire safe?

My daughter LOVES all the My Little Pony episodes and cannot decide which is her favorite!  I’m sure we will be watching these a lot during Christmas break.

1 lucky Mommy Moment reader will WIN a prize pack featuring the My Little Pony: Friendship is Magic: Adventures in the Crystal Empire DVD plus 3 other My Little Pony DVDs that will be a sure hit with your little ones!  These DVDs include:

My Little Pony: Friendship Is Magic – The Friendship Express includes “Yipper Caper” which is the debut episode from the all-new Pound Puppies TV series!

My Little Pony: Friendship Is Magic – Royal Pony Wedding includes 5 episodes and you can sing and dance along to the wedding video. 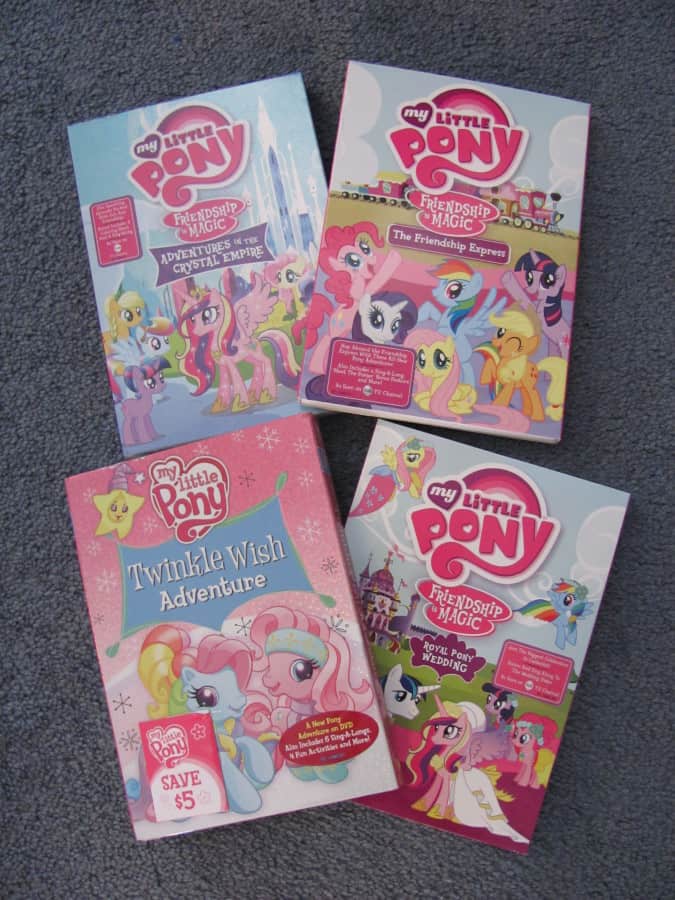 **Open to Canadian & US Residents**

Please be patient – Rafflecopter (the entry form) may take a moment to load.

I never had them but our eldest daughter (24 yrs old) loved them & now so does oour youngest who is 4!

I don't remember them when I was growing up

I had a bunch of them. So surprised to see some of these older toys become popular again.

I had a few, Star bright was a fav

No, my sister did. I'm just old enough to have missed them.