Being the mom of a girl and a boy, I often have a fight on my hand when it comes to watching a movie.  My girl LOVES anything Barbie and while she loves Thomas the Train as well, my son isn’t as fond of choosing Barbie when it is movie time. 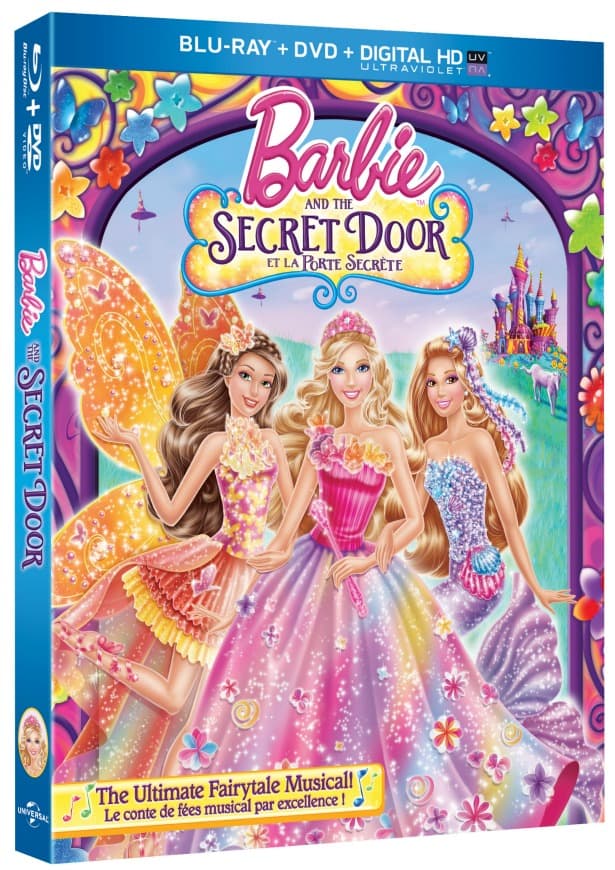 Barbie is coming out with a new movie called The Secret Door.  Here is the movie synopsis:

In this magical, musical adventure, Barbie™ stars as Alexa™, a shy princess who would rather read than perform her royal duties. While walking through the royal garden, Alexa™ discovers a secret door in her kingdom, much like the one in the book she’s reading! She steps through the door and enters a whimsical land filled with magical creatures and surprises. Alexa meets Romy and Nori, a mermaid and a fairy, who explain that a spoiled ruler named Malucia is trying to take all the magic in the land. To her surprise, Alexa has magical powers in this world, and her new friends are certain that only she can restore magic to their land. Discover what happens when Alexa finds the courage to stand up for what’s right and learns that the power of friendship is far more precious than magic.

Another movie about courage that is coming out this fall, is Thomas and Friends: Tale of the Brave.  Here is the plot line of this courageous movie:

Thomas is working at the Clay Pits when a storm closes in and the rain makes the clay cliffs unstable. A flash of lightning reveals what looks like giant footprints on the slope above, but a landslide has begun and Thomas cannot stay to investigate. Bill and Ben push Thomas to safety just in time. Unable to go back and confirm what he saw, Thomas tells Percy about it, but Percy quickly becomes convinced that there is a monster on the island. He even becomes frightened of taking the mail train at night. When an unusual engine with sloping boilers first appears, Percy thinks he must be the monster. James teases Percy and tries to scare him even more, but the new engine, who is called Gator, proves to be a good friend and ally, who helps Percy discover what it really means to be brave. 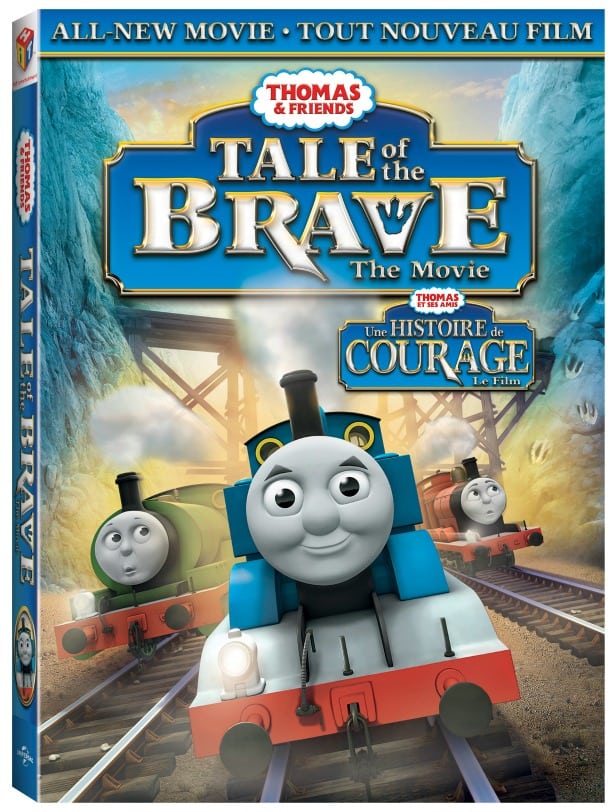 Teaching our children to stand up for themselves and display courage in fearful situations is a great life lesson.  Both of these movies will help instill that in children.

Mommy Moment is excited to have 5 readers each win a copy of the above 2 movies on BLU-Ray/DVD combo pack!!

Always have the courage to stand up to bullies by telling your parents or teachers.

I let my kids do things at there own pace. If there scared I remind them I'm by there side and they can do whatever they want to do. Usually they'll try it when I'm not looking and I'm always so proud.

I make it clear that their fears are valid and legitimate, even if just to them. Then we try to discuss where the fear is coming from, and ways to get past it. And then I give big hugs. Sometimes just talking about it helps make it better.

we try not to dwell on things, if you look excited they will be excited.

I believe teaching them self confidence