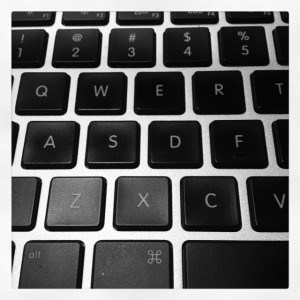 What’s the best tablet for toddlers?

And it’s always followed by…

I want my phone/tablet back!

I won’t pretend that my kids are tech free.  They’re not.  And I don’t think they should be.  They are growing up in a tech savvy world, and they shouldn’t be left behind.

But they are limited.  Ten-minute timers are the norm around here.  When the timer beeps, they hand it over.

They don’t argue.  They don’t beg for more.  And when they go seven days without any iPad time?  They don’t even seem to notice.

They would rather create their own fun.

Just last night…a simple Dixie cup in the bathtub became both an excavator and a pet wash.  Their needs are simple…

When I see the holiday price cuts for the toddler tablets and hear moms discussing which is better and why…I can’t help but wonder why a toddler needs a tablet of his own in the first place.

Play is the greatest job of childhood.  Children learn just about everything from the magic of play.  They learn to relate.  They learn to problem solve.  They learn to count, identify letters, and recognize words.  They work on gross and fine motor skills while engaged in play.  They use their imaginations.  They think, they create, and they smile.

Oh, how they smile.

And they will learn all of those things and more.  In time, they will run circles around us with their tech know-how.

But as toddlers and preschoolers and even beyond?  They really just need to play.

They need to get back to basics and build with blocks and dig in the sand.  They need to ride bikes and chase butterflies.

So this holiday season, think twice before you stand in line for hours to get the best price on that toddler tech toy.

Consider a giant box of wooden blocks, an enormous crate of art materials, or tub of animals instead.

Give your child the greatest gift of all this holiday season:  The gift of play.

Great post! I am a preschool teacher and I see so many kiddos who don't know how to play, it's sad! I agree they need to learn to use the tech gadgets, too, but PLAY is so important to a healthy childhood experience and so many kids are missing out on it!

I love this, you! It's a bold kid-advocate kind of statement to make - I'd expect nothing less!

The gift of play and the gift of OUR time (parent to child) are the best gifts a child could ever receive!!!

"Play is the greatest job of childhood" so true. I think time limits is the only way to go. As for having their own... too much access. As a treat, screen time is fine but it is certainly not a given in our house.

Oh how I couldn't possibly agree more. I have no problem with kids playing on iPhones, or iPads, etc. I even had no problem when my mother gave our (then) 7yr old her old iPad (like the original), because we didn't have to spend a penny on it lol.

But I have a MASSIVE problem with him spending any free time he has on the computer, iPad, Wii, or DS. It's annoying. I tell him he's playing too much, he puts it down, but it always seems to be the first thing he wants to play with. What happened to PLAYING?

Once you've gone there, it's extremely hard to get back. If you don't have to go there in the first place, just don't!!!