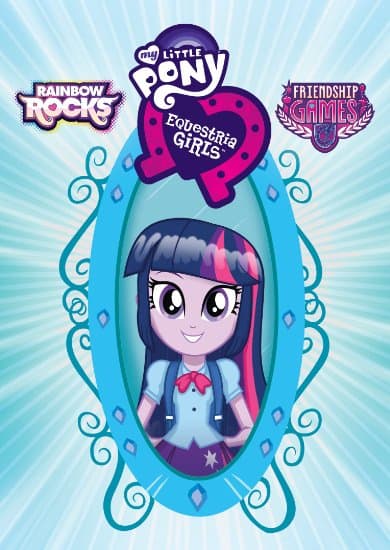 My Little Pony Equestria Girls comes in a 3 movie set where you can join Twilight Sparkle and her Canterlot High friends in three animated adventures!

When her crown is stolen from the Crystal Empire, Twilight pursues the thief, Sunset Shimmer, into an alternate world where she finds herself turned into… a teenage girl!

When The Dazzlings, a new girl group, arrive at CHS and convince everyone to turn the friendly music showcase into a Battle of the Bands, tensions mount between the competing musical acts. The Rainbooms call on Princess Twilight to return to their world to help them perform a musical counter-spell so that they can win a battle that now determines the fate of the entire school! 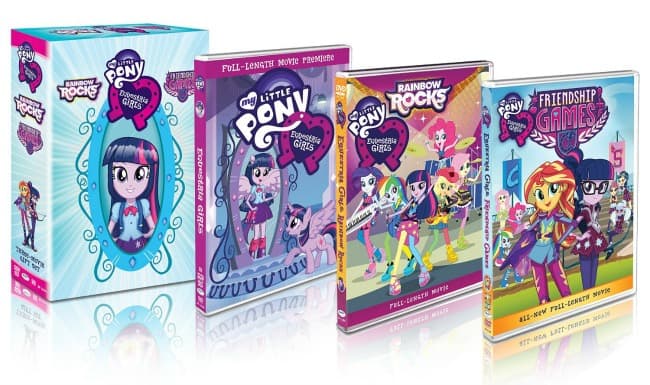 Canterlot High meets its rival school, Crystal Prep Academy, in a competition that’s a long-standing tradition: the Friendship Games. Sunset Shimmer is tasked with keeping magic out of the games to avoid the appearance of impropriety while she and her friends compete against Crystal Prep’s top students led by someone with an equal amount of interest in Equestrian magic: this world’s TWILIGHT SPARKLE!

To enter, leave a blog post comment telling us if you (or your children!) enjoyed playing with My Little Ponies.

(All #31DaysOfGifts giveaways will run exactly 3 weeks. Winners will have 72 hours to claim their prizes)

The #31DaysOfGifts is an event run in conjunction with our yearly Christmas Gift Guide. These posts are features of products and do not depict our regular writing style. Items received for Gift Guide features are donated to local charity.