One of the most powerful things that a child has is their imagination. It can transport, transform and brighten a child’s day.  There are certain toys that seem to brighten a child’s day and makes their imaginations prosper. And thanks to Imaginext, kids can make that happen as often. Whether it’s a Batman adventure or a trip on a fire truck, this is what kids love and love to do…play and imagine.  Anything is possible with an action figure in hand! 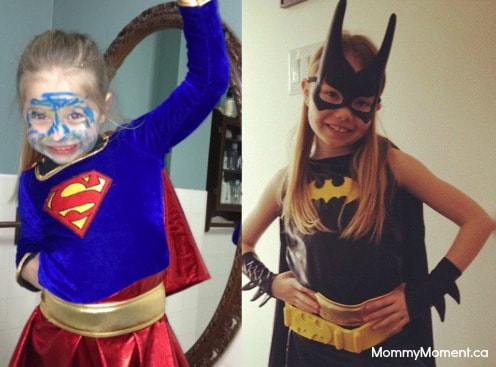 Like most children, my children are no exception to the rule. I will often find my children playing in their own little world which can involve a couple of their favorite toys or just the two of them using their memories. Just the other day my husband and I were sitting in the dining room while our children quietly played. All of a sudden, after a considerable amount of quiet time had passed, they came running out from the living room in their Halloween costumes from last year. Super Girl and Bat Girl come swooping around the corner wanting to know is we would join their super hero training center. We asked them what they were training for and they preceded to show us their “moves” which consisted of them jumping around while (I think) trying to protect us from “bad guys”. I love their imagination!

And now Imaginext is turning on the adventure by introducing the new Ed Venture webisodes.  Join Ed and his friends as they discover worlds of adventure as firefighters in Hot Time in the City and as a knights in Through the Crystal Eye!

And lets not forget about about the coolest play set this fall — the Imaginext Resuce City Center. 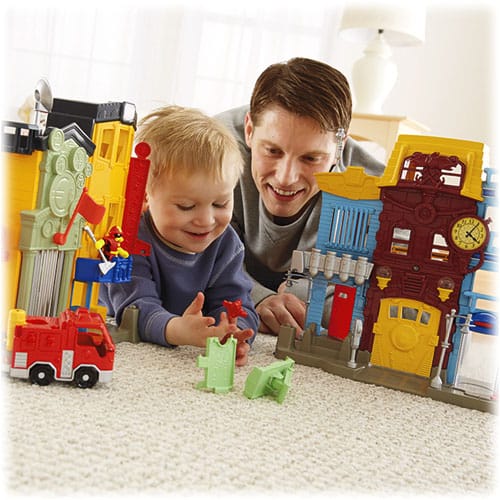 • The Rescue City Center Features a cityscape with lots of action! The left side features a gas station with a gas pump, a currency exchange with a figure disk activation that will either open the vault in back or drop down a gate blocking the front door, and a hotel with a jewelry store on the first floor.

• The right side of the set is equipped with a fire station, police station and hospital.

• The police station features a jail door that operates via turn disk. The fire station has a pop open front door that is activated via a turn disk on the sidewalk. This will also unlock the “ActionTech” Technology that allows this playset to magically communicate with other accessories. The Fire Truck which comes with the playset also features this technology and will unlock the dispatcher once activated.

• another turn disk activates “flames” that pop up inside the hotel! You can put the fire out with the projectile water blob from the fire truck.

• The hospital has an elevator, lobby an X-Ray machine and an operation table. 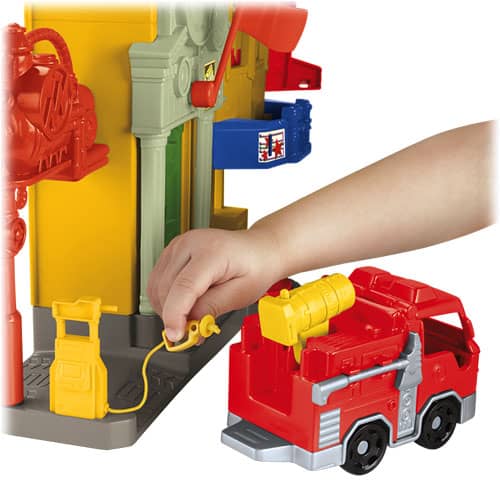 Be sure to check out the Imaginext contest microsite is launching in October at www.imaginextadventure.com. YTV will be promoting this during the fall season where contestants will be able to play an online game and unlock the next phase of the game by solving clues. By registering to play the game, contestants will be entered to win 1 of 5 $300 Imaginext prize packs which include:

“Disclosure: I receive special perks as a part of my affiliation with the Fisher-Price Play Ambassador program with Mom Central Canada. The opinions in this blog are my own.”

Imaginext looks to be like one of the top toys for the holidays!

Awww, your girls look fierce! :) My daughter dressed up as Supergirl for Halloween last year. She wanted to be called Superman so we comprised and called her Super M'am. :)

Oh, that is the cutest! Love your compromise.