Grace, a song written by my cousin, Ryan Goossen. 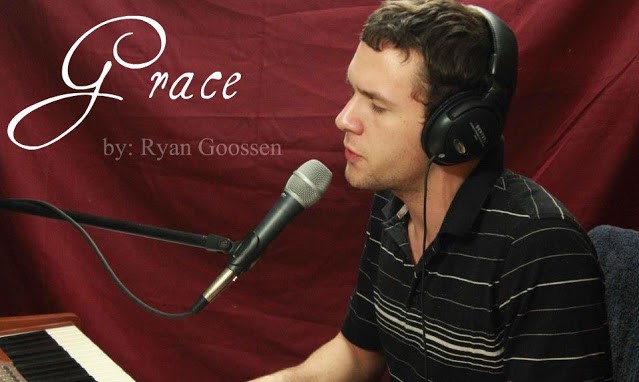 My cousin Ryan did not grow up taking piano or voice lessons. I remember the first time he ever played piano. We were at a family gathering and everyone was downstairs. All of a sudden we could hear the theme song from the Titanic movie…we went to see and it was Ryan (maybe about age 7) playing the song…even though he had never played the piano before.

Ryan has enjoyed playing piano by ear and singing since then. I decided to share his latest song called “Grace” with you all.

Do you have a family member with a special talent?

Someone you are proud of?

(This post is in no way sponsored, I heard he had written this song and thought there would be people out there who would like it so I decided to share!)

Thanks Robin. I agree, I just wish the right person could see/hear his talent :)

Beautiful and he does a wonderful job! Thanks for the blessing! A wonderful Christian man!

Beautiful song! I really enjoyed listening to it. Thanks for sharing :)

Awesome! He's got a great voice. He's easy on the eyes lol... :) His soulful words and lyrics are memorable. Tell him WTG for sharing his talent and putting himself out there. That is not easy. Great share Jody! :)