You are here: Home / Giveaways / Win a Pass for 2 to see Vince Vaughn in Delivery Man! #Winnipeg {2 Winners}

Did you read the post Jody wrote about the movie back in July?  This has been an anticipated movie for many people. 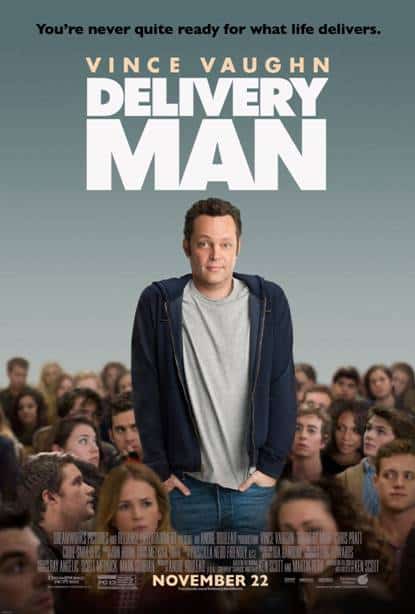 DreamWorks Pictures’ “Delivery Man” stars Vince Vaughn as affable underachiever David Wozniak, whose anonymous donations to a fertility clinic 20 years earlier resulted in 533 children. David must now embark on a journey that leads him to discover not only his true self but also the father that he could become.

A DreamWorks Pictures and Reliance Entertainment presentation, the film is written for the screen and directed by Ken Scott, based on “Starbuck,” the original screenplay written by Ken Scott and Martin Petit, and also stars Chris Pratt and Cobie Smulders. “Delivery Man” is produced by André Rouleau and executive produced by Ray Angelic, Scott Mednick and Mark Sourian.

Mommy Moment is excited to offer 2 passes for 2 people each to attend the advanced screening of Delivery Man in Winnipeg on Wednesday, November 20th @ 7:00pm at SilverCity Polo Park.

Entering is easy:  Leave a blog post comment telling us which person would you bring with you if you won.  A spouse?  Friend?  Mom?

** This giveaway is open to those who can attend the screening in Winnipeg on Wednesday, November 20, 2013

at 7pm at SilverCity Polo Park **