There is nothing like a fresh cinnamon roll on a cold winter day.  That soft fluffy dough that brings sweetness and joy.  The smell that fills your house with happy memories and warm thoughts.

Cinnamon rolls are one of my favorite things to bake in the winter months, along with pie, because they bring this sense of warmth and comfort that is needed to keep me going until the sunshine of summer comes again.  This cinnamon roll recipe is perfection and never fails to taste amazing.  It is a simple sweet dough recipe, so if you’re familiar with dough at all, this will not be a hard recipe to nail. 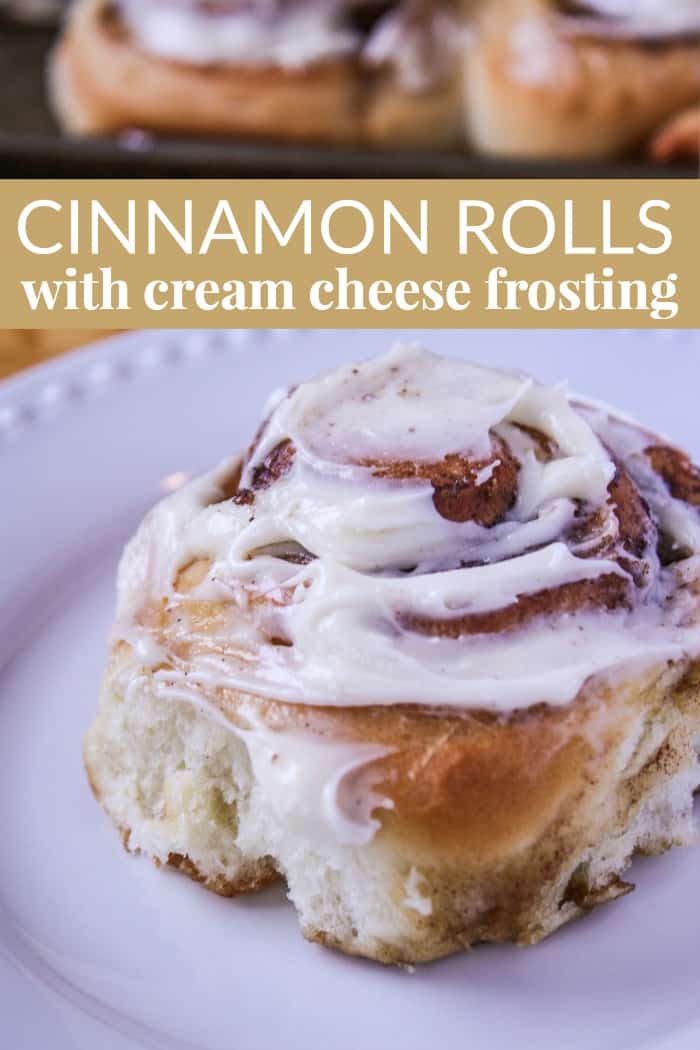 This page contains affiliate links for your shopping convenience. The links help support the blog as we may earn a small commission at no extra cost to you, our readers.

If you don’t have instant yeast, you can use regular yeast for this recipe as well.  Just take ½ cup of the combined water and milk mixture and add the yeast and 1 tbs of white sugar and let it sit for 10 minutes before adding the rest of the ingredients to the bowl.

I didn’t mark down specific amounts for the filling of the cinnamon roll because everyone likes it a little different.  Just spread the margarine over the dough and then layer on some brown sugar and cinnamon.  If you are a chocolate chip fan you can add those during this step, or if you like nuts you can add in some crushed walnuts as a part of the filling as well.

When you are cutting your rolls, make sure to use a serrated knife.  I have learned through many squished cinnamon rolls, that a straight edge knife doesn’t cut it.  (get it??) 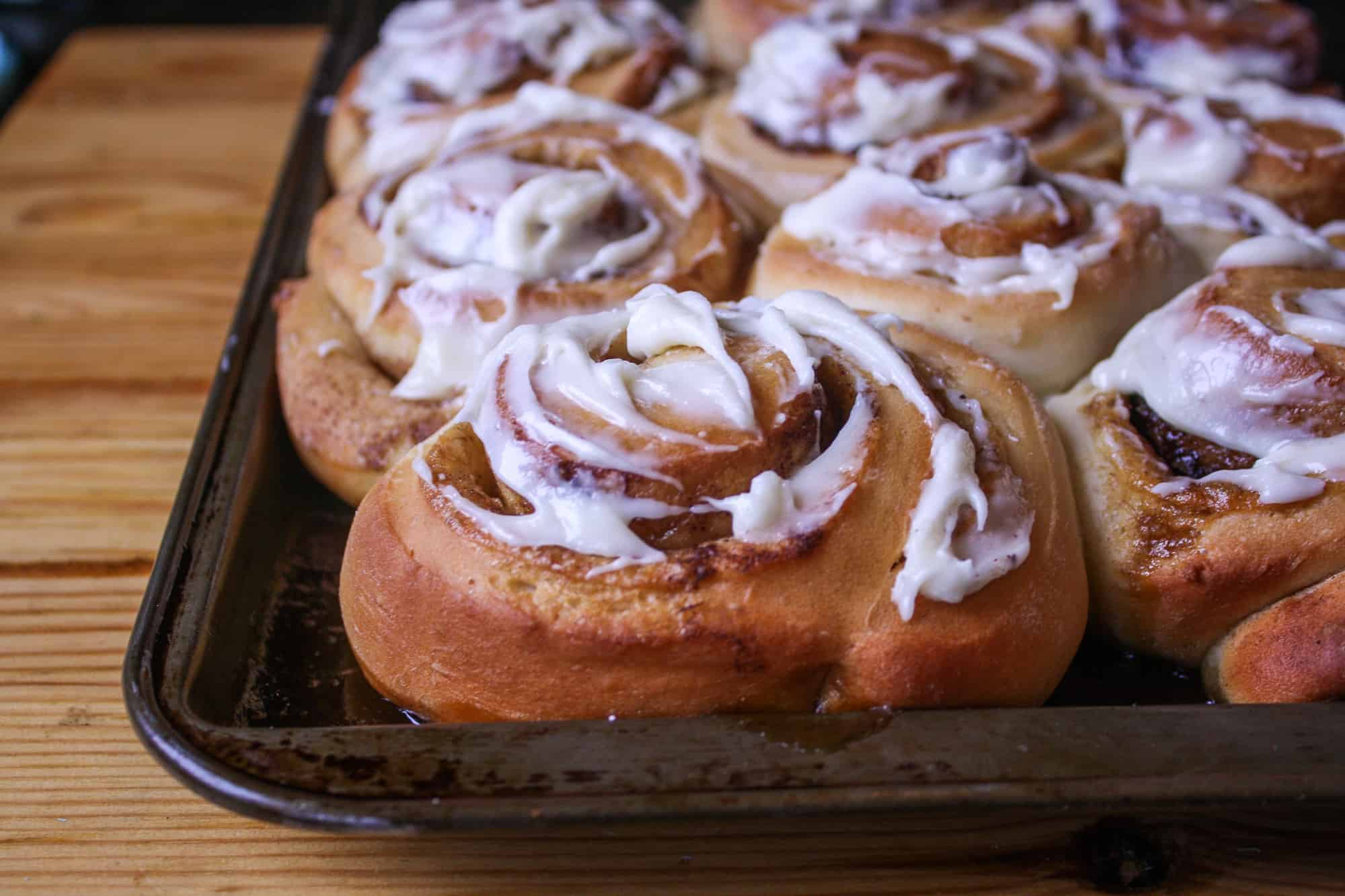 As soon as the cinnamon rolls are out of the oven I like to put just a little layer of icing on them.  The warm roll soaks it up and it adds an extra yumminess to the cinnamon roll.  Then after they have cooled for a while I actually ice them.  I am a big fan of cream cheese icing so this recipe couldn’t get any better for me. If you prefer no icing or just a simple buttercream icing though, go ahead and make it your own!

I invite you to try out this delicious cinnamon roll recipe and warm up your insides during this cold season. 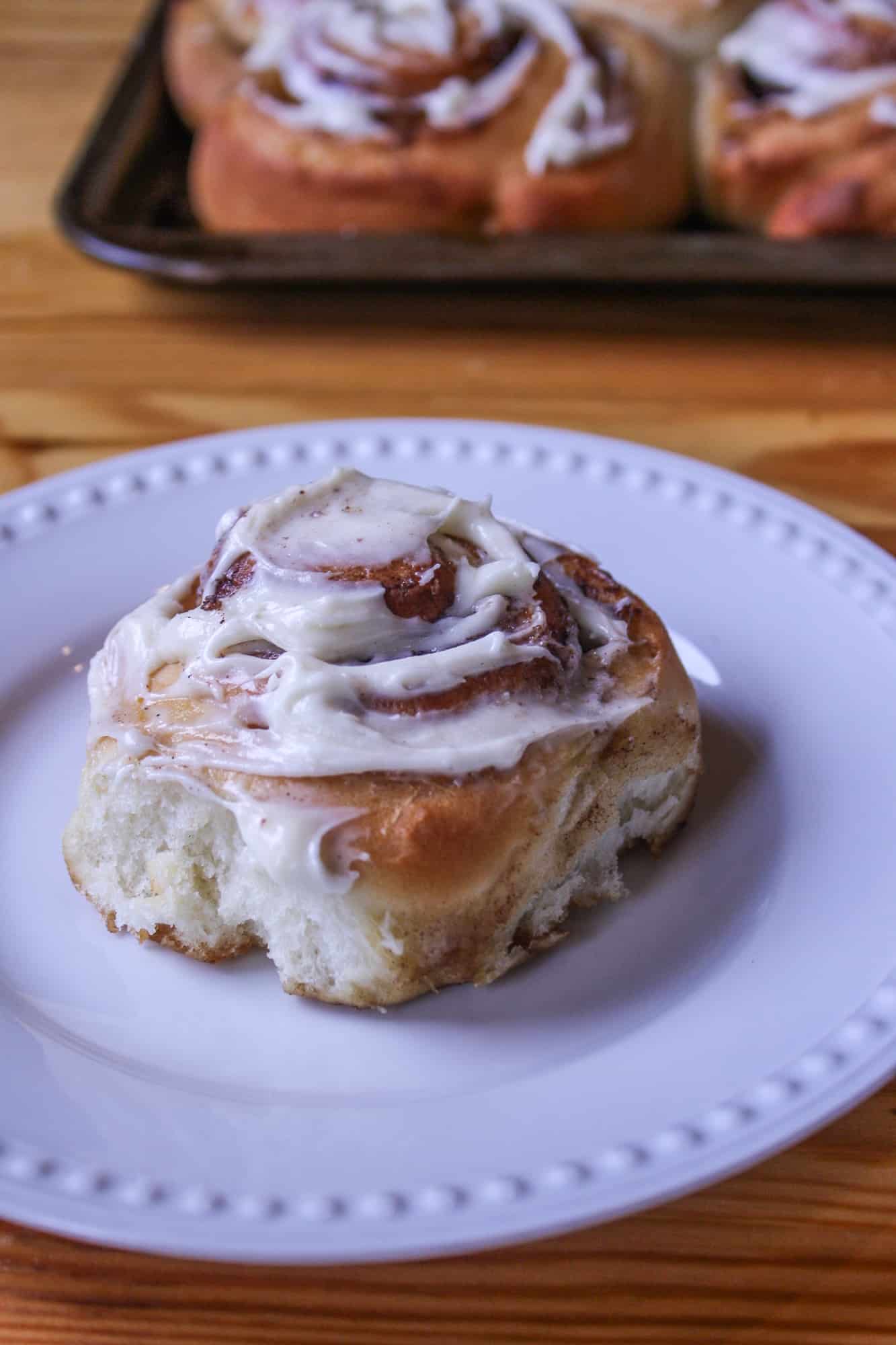 I’m Megan. I love to bake! I am a 19-year old student in my second year of Bible college, and after this year I plan on going through a baking and pastries program to learn more about baking. One day I hope to work for a bakery or maybe even own my own bakery! For now, I love baking for friends and family and we’ll see where God takes me in the future. If you want to see more baking check out my Instagram @baking.memories.

I have been looking for a recipe to try in my mixer since my bread machine died. This looks like the perfect one to try.

My son love love loves cinnamon rolls - I have to admit they are pretty yummy!

I'll eat anything as long as it has cream cheese icing on it.

Yum! I have yet to attempt to make cinnamon rolls, but I'm gonna try this recipe! Thank you and Happy Holidays!

My mouth is watering just looking at the pictures! I will have to try this recipe on Sunday morning as a surprise for the family.