You are here: Home / Family Life / AN INDEPENDENT MIND – FOSTERING INDEPENDENCE IN CHILDREN

Children often feel as though they are being told what to do.  Guidance is everywhere, wanted or not. 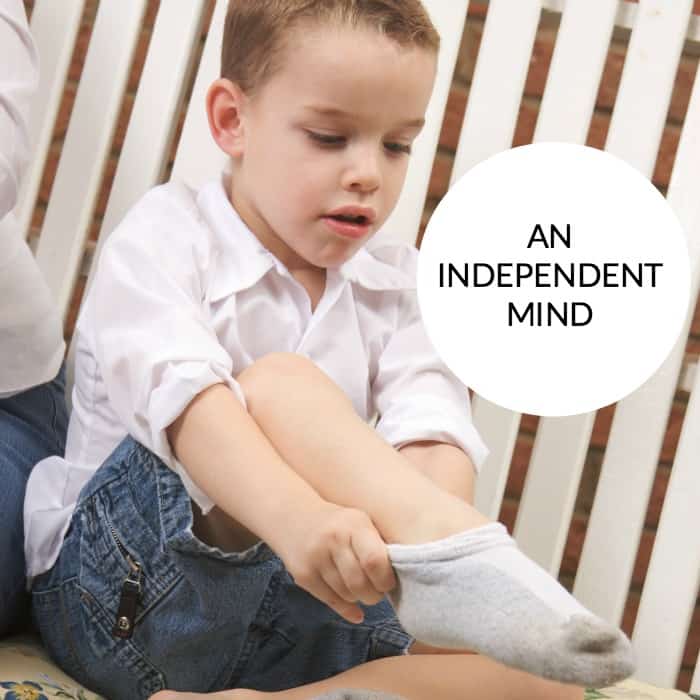 You have ten more minutes of playtime.

It’s time to wash your hands before you eat.

Why don’t you try those monkey bars again?

Don’t you want to play with your friend?

They eat when the meals are served, they stop when it’s time to stop, they separate when you cue them to separate, and they do their best to perform the tasks assigned to them.

Children are often following a script.  And at times, the script is very necessary (bedtime, anyone?).

I often hear parents discussing the best ways to be fostering independence:

Don’t come right when they call.

Let them struggle until they figure it out.

These tactics, in my opinion, can lead to distrust, hurt feelings, and an overwhelmed child.  Children ask questions because they are seeking answers, after all.

What this busy and academically driven world fails to recognize is that being independent isn’t about struggling through a difficult puzzle or waiting an eternity for help to arrive.

Being independent is about self-confidence, making positive choices, and having a mind of your own.

We live in a results oriented world.  We want our kids to finish the puzzle, sing the right notes, and paint the next masterpiece.  And we want them to do it without our help.

It’s time to rethink our definition of independence.  It’s time to shift our goals from children doing everything alone to children who learn that their ideas matter and that they will be supported along the way. 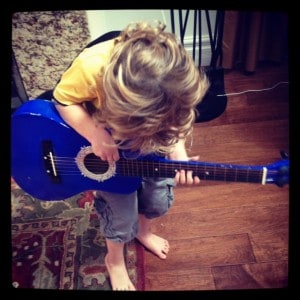 Children who are valued, helped, and loved unconditionally will grow into independent thinkers who choose right over wrong and know when to leave the crowd behind.

So the next time you hear that cry for help, remember this:  Being there for your children now helps them develop the skills to make positive independent choices later, and allowing them the freedom to be who they want to be today encourages them to follow their dreams in the future.

And dreams are always worth following.

You can sign-up to get an email update each day. You can also connect with Mommy Moment on: