If you have been in Winnipeg lately, you are sure to have seen the big white tent that has everyone talking. Odysseo, the 30-million dollar extravaganza created by the internationally acclaimed Cavalia, will be presented under the massive White Big Top at the corner of Sterling Lyon Parkway and Kenaston Boulevard starting September 10. Odysseo is the first big top show ever to appear in Manitoba.

A veritable revolution in live performance, Odysseo is a theatrical production that makes hearts race and dazzles spectators. Manitoba audiences will be transported on an epic journey by this breathtaking production that features 65 magnificent horses and 45 talented riders, acrobats, dancers and musicians. This spectacular celebration of horse and man, imagined by Normand Latourelle, one of the co-founders of Cirque du Soleil, is an absolute feast for the eyes that succeeds in delivering soulful and stunning performances.

Odysseo comprises a list of superlatives: the world’s largest touring big top, the biggest stage, the most beautiful visual effects, and the greatest number of horses at liberty. Since its Montreal world premiere in 2011, the Odysseo troupe has already mesmerized more than 1.5 million spectators in Canada, United States and Mexico. 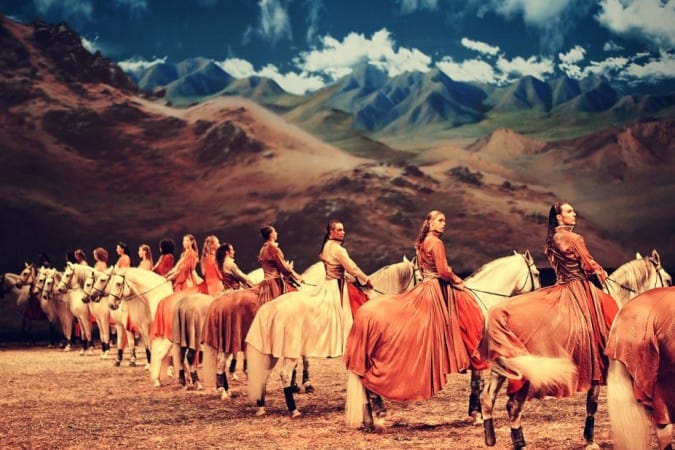 Tickets for Odysseo, the world’s largest touring production that is wowing critics and audiences alike across North America, are now on sale and can be purchased at www.cavalia.net, by calling 1-866-999-8111, or through Ticketmaster.

For the chance to win a pair of tickets to experience Odysseo, on FRIDAY, SEPTEMBER 25 AT 8PM, please enter below.

This post was brought to you by The Odysseo Team.