The drive in to the town of Drumheller, Alberta takes you on a winding path deep, deep into the heart of the Canadian Badlands. It’s in these fabled landscapes where the dinosaurs lurk—well, at least their fossils. 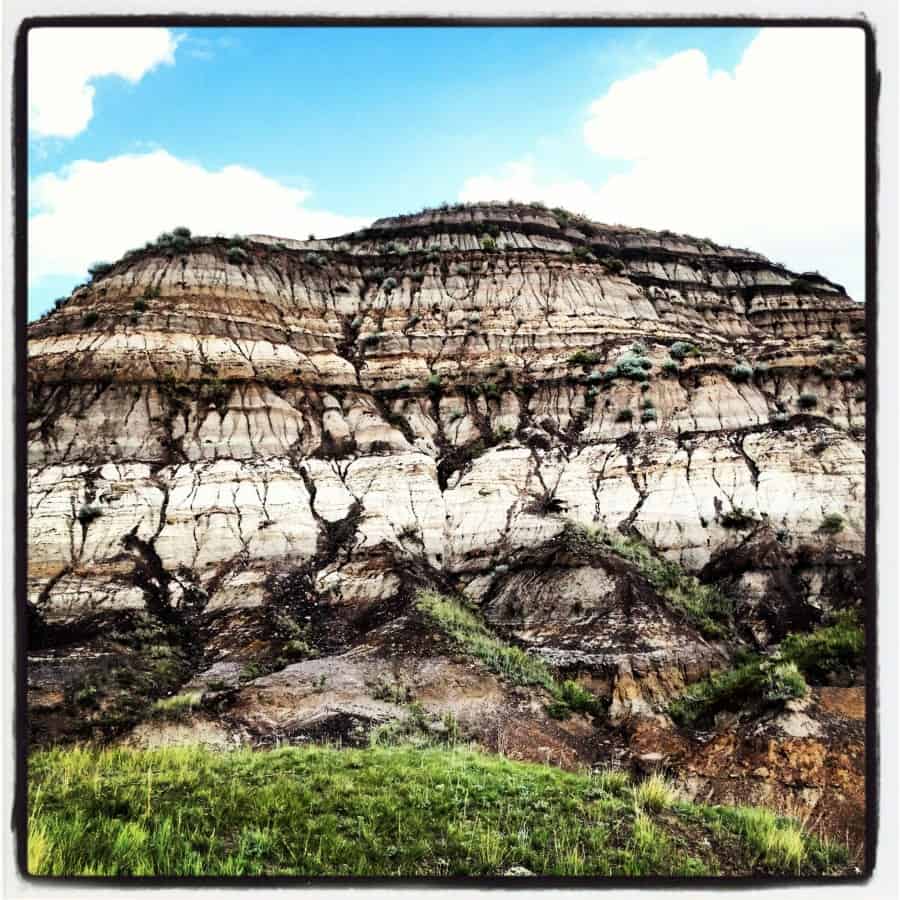 It was coal that first brought Colonel Samuel Drumheller here in 1910. He kicked up his coal mining operations a year later and led the upstart town into a boom. As coal mining flourished, so did the discovery of bones. Lots and lots of dinosaur bones.

Your first stop should be the Royal Tyrrell Museum, named for J.B. Tyrell, the man who discovered the area’s first fossil back in 1880. The sprawling museum got its royal designation when the queen came to visit in 1990. 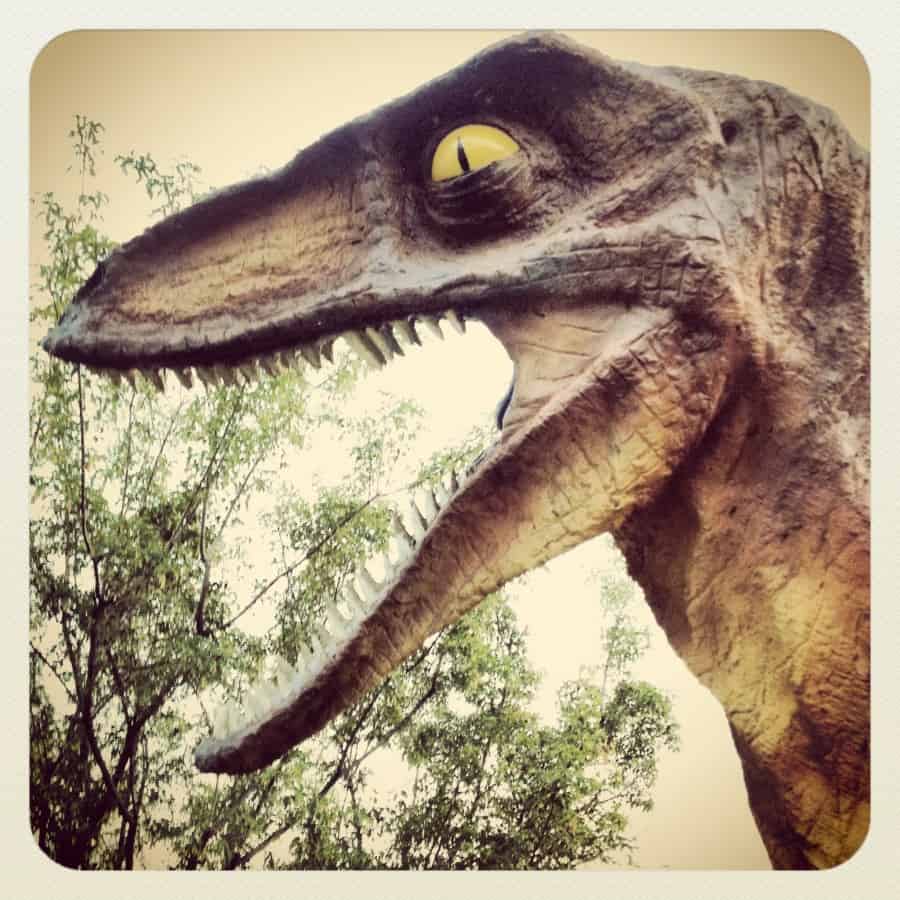 Indoor galleries take you through millions of years of Earth’s history. Even if you have only a mild interest in 60-million year-old bones, you can’t help but be fascinated by the scale and diversity of this collection. Don’t forget to get your photo taken with a wooly mammoth.

To get up close and personal to fossils and the Badlands, opt for one of the many public programs offered daily (many are free; some can be had for a few dollars). The Dig Experience puts participants in a recreated dig site. You’ll use the tools that paleontologists use and even hold genuine fossils. On the Seven Wonders of the Badlands tour, you’ll meet a hoodoo and might be asked to taste some rocks. 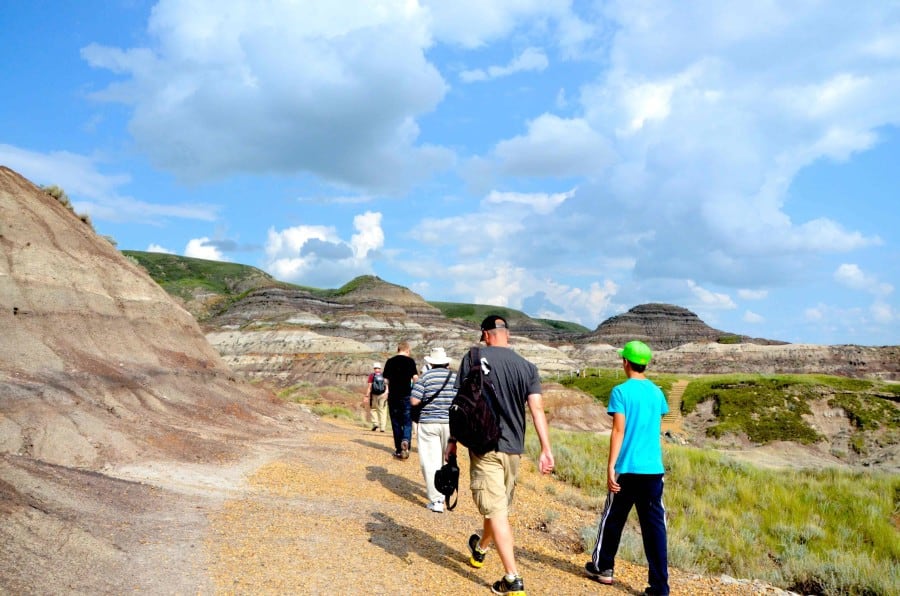 Keep in mind that the Badlands can be hot and dry, especially in July and August. If you’re planning to do an outdoor program, be sure you bring a hat, sunscreen, sturdy walking shoes and plenty of water.

While there are a handful of modern hotels in Drumheller, the town boasts a strong collection of B & Bs. Stay the night at the picturesque Heartwood Inn & Spa with the collection of dinosaurs on the lawn. Wake up to Zeke’s famous homemade stuffed French toast. 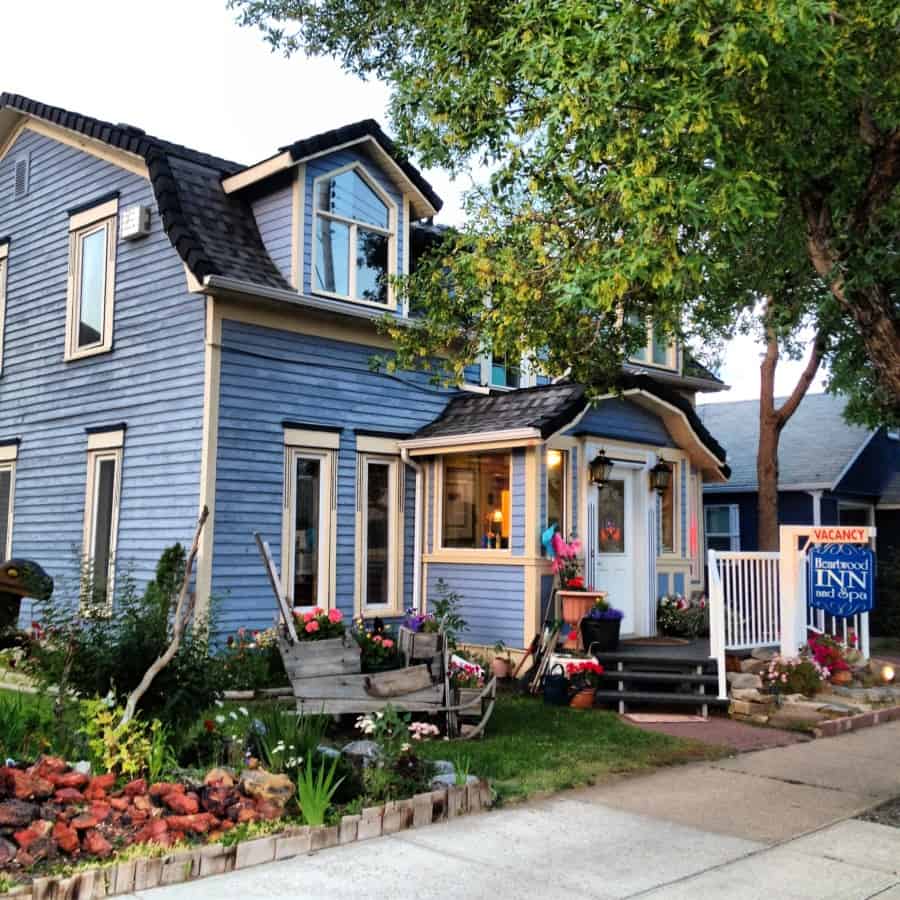 Stop in at The Fossil Shop and pick up a souvenir of your visit to Drumheller. The tightly-packed shop includes a head mount of a Triceratops horridus, which can be yours for $70,000. If your budget is a little more modest, pick up a fossil fish for around $15.

Before leaving town, travel up, up, up to the mouth of the World’s Largest Dinosaur (26 metres tall) and get a dinosaur’s eye view of the town. 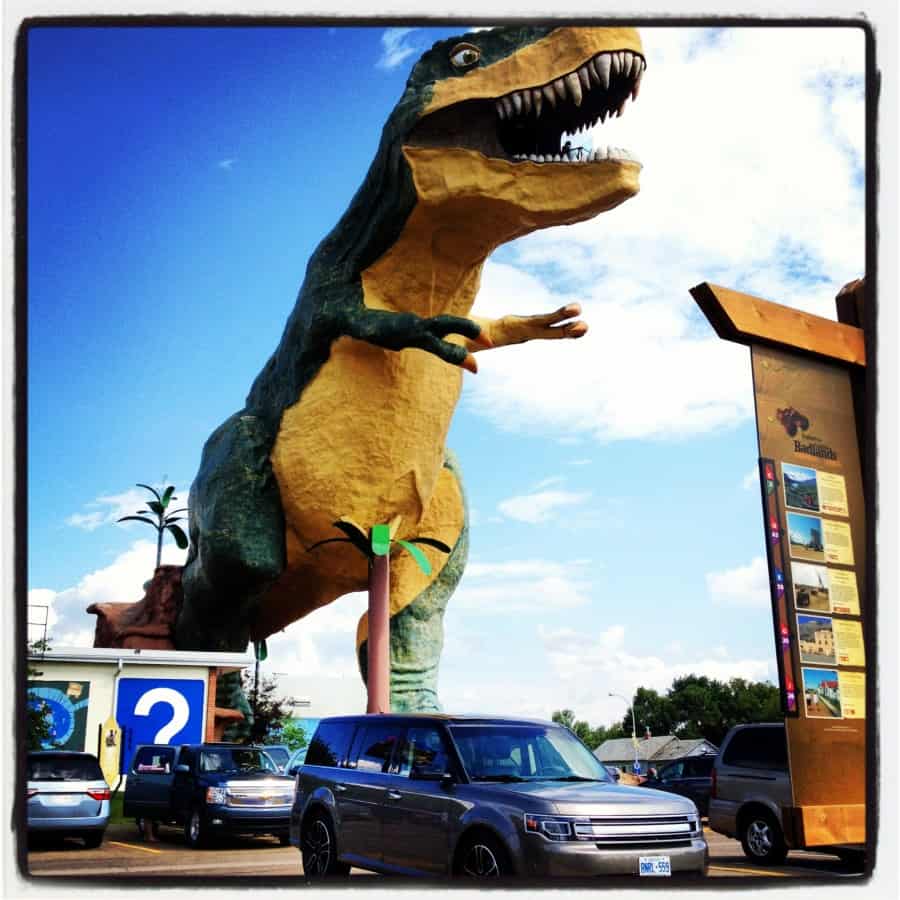 Where: Drumheller is about 110 km northeast of Calgary, Alberta.

Shel writes about the outdoors, travel and food when she’s not playing outside, on the road or eating. Her recent adventures have included a trip to the tundra to serve as cook at a caribou hunting camp and making a long overdue journey to Ukraine with her dad Merv. She’s the founder of a group called the Manitoba Food Bloggers as well as an avid angler and hunter. She lives in Winnipeg with her husband Ivan and their son Clark. shel@shelzolkewich.com