How does one get to Arviat, Nunavut, Canada?

During my holidays I was recently given the chance to do a contract assignment in a place that I always wanted to go to but didn’t think I could ever go to.  I had the opportunity to travel to the hamlet of Arviat, NU. in Canada’s Northern Arctic, above the tree line.  Now this was an adventure and an eye opening experience into how different life is in the North. Here are  3 simple lessons I learned.

Lesson #1 The weather in The North controls EVERYTHING 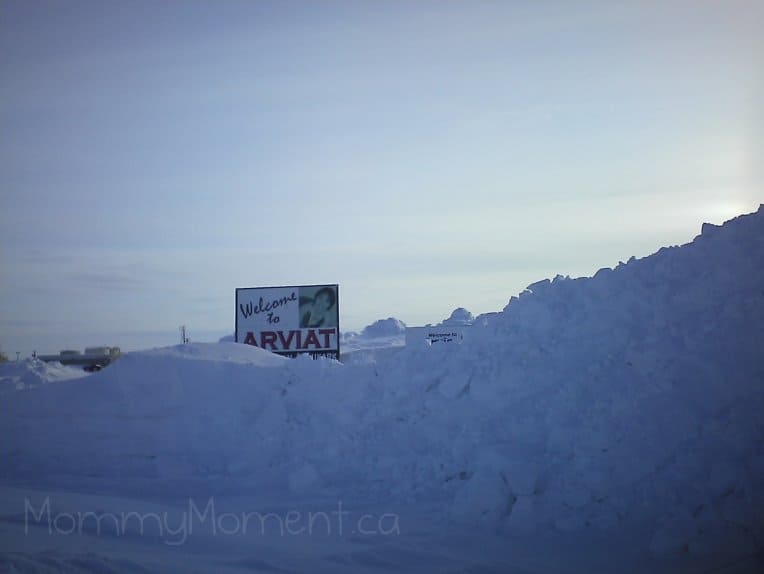 I was to leave on a Tuesday morning but only arrived on Friday at lunch time.  What was to only be a 2 ½ hour trip dragged on to be 4 days long.  The reason for the delay was a storm that had rolled in and decided to hang around for a couple days.  I asked if this was the norm for the north and they informed me that it is not uncommon for storms to last days and are known to shut down everything.  I was even told that if a storm roles into my community to not even leave my hotel due to getting lost in town.  Yikes!

While stuck in the Churchill Airport I met a couple of dentists that were trying to get to my neighboring community for the past 5 days due to the storm.  However everyone from the airline staff to the people in the community have just come to the conclusion that this is just a fact of life and they just roll with the punches.  I think I could also talk about the cold, but I will leave that for another post but so far the lessoned learned; the weather dictates everything.

During my time in The North I took lots of walks around town, however I never left town.  The reason for this was that when I left town, you could literally drop off the face of the earth.  Walking along the edge of town, you would look out onto the frozen tundra and see nothing.  Yes nothing, no trees, no hills, no bushes, no landmarks… just snow and nothing.  It was kind of surreal and made you think that this world is much bigger than I thought.  Being originally from The North I am accustom to the natural beauty that The North has to offer, however this was something else, but I loved it.  Looking out all around me and seeing nothing.  I was seeing either tundra that is covered in snow or Hudson’s Bay that is covered in snow.  Reflecting now how the people up north live like this is something else.  There are no roads that can take you to the next community.  The only way to get anywhere is plane.  It is no secret that flying is expensive, so lesson learned, when you leave town, you leave town. 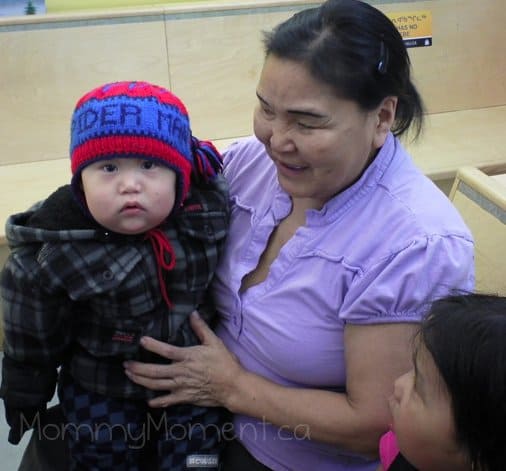 During my many walks in the community I met many of the local people.  And while walking I had many of the children come up to me and asked me questions like, “what’s your name” “who are you” “have you been up north before”.  Now to have children come up to you and ask these questions was not a shocker.  Children are naturally curious, however when adults and elders start asking you the same questions and genuinely want to know how you are doing and care about the image of their community it was nice to see.  I have done lots of traveling in Canada’s north, however the Inuit people are one of the nicest people I have met.  Working with them was refreshing and an absolute pleasure.  I have no idea as to why they are so nice, but I would like to guess with lesson learned that isolation makes you friendly.

Return next week to hear more about my great northern adventure and we will look more in-depth about what life is like and how to live in the north.

So tell me, what is the furthest north you have ever been?

Written by Trevor, my awesome husband! (I sure hope I have the opportunity to travel with him sometime!!!)

Sadly I have not been able to go very north in Canada (Sudbury / Thunder Bay being the farthest North I have gone). Nice pics and a wonderful to hear about what it's like in NU

We lived in Northern Manitoba when we first got married, the Northern lights were INCREDIBLE!

I grew up in Yellowknife... I miss the snow and Northern Lights :(

Oh, the Northern lights are SO beautiful! I used to live in Northern Manitoba and loved watching the Northern Lights dance on the water!

LOL I went to Churchill Manitoba this fall and it was the same - such friendly people (the locals I mean) and it felt SO far north (though not nearly as far as you went) we could not walk around much because of the risk of being Polar Bear lunch LOL. It was sure beautiful though! yes travel takes forever up there, and has it's own scedual, but everyone is so good natured about it :)

speaking of lunch, did you eat at Gypsy's in Churchill. Best breakfast EVER!!!

I had to make a comment on this post. Born in the Yukon, lived in the NWT - I love the North. I have never been as far at that, but I have been to Dawson City and up around the Top of the World Highway.

You are correct in your assumptions! The North is a friendly place like no other, because of the isolation your friends become your family.

Can't wait to hear what else you have to say!

I think the friendliness also has something to do with the cold :)