You are here: Home / Giveaways / The Wiggles are coming to Winnipeg! WIN a Family Pass for 4 #Giveaway 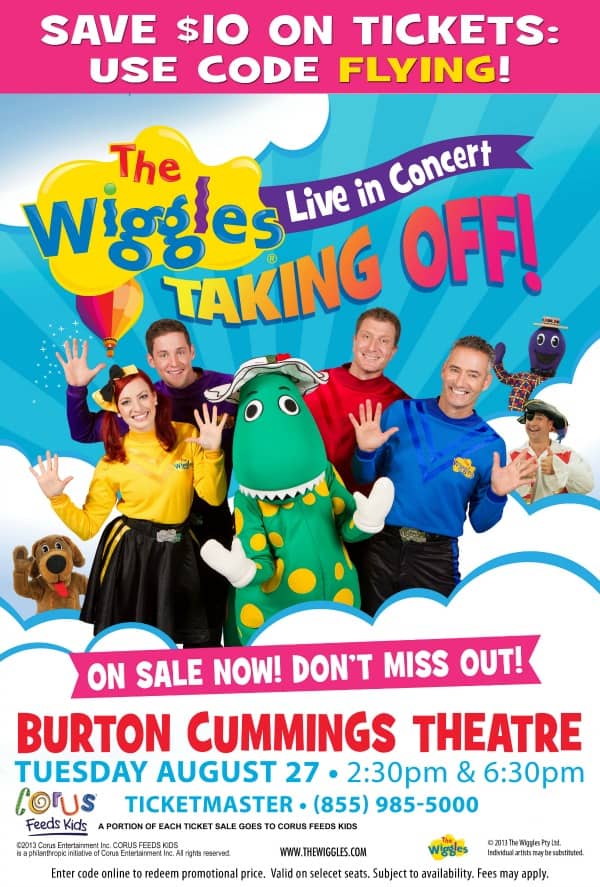 After 21 years of entertaining children around the globe, The Wiggles will introduce three new cast members including the first-ever female member, Emma Watkins as the Yellow Wiggle. Founding member Anthony Field, known as the Blue Wiggle, rounds out this vibrant group with Simon Pryce (Red Wiggle) and Lachlan Gillespie (Purple Wiggle). The “Taking Off!” worldwide tour will crisscross North America, hitting over thirty-five major cities between August and October in support of their new album of the same name. The Taking Off! DVD is slated for release later this summer, and a new television series will debut on Sprout in the fall.

You can check out all the tour dates and locations at www.thewiggles.com.

Mommy Moment is excited to give away a family pack of 4 tickets to see the Wiggles on Tuesday, August 27 at 6:30 pm in Winnipeg!

To enter, leave a blog post comment telling me who you would take with you to see the Wiggles!