You are here: Home / Family Life / Mike the Knight in the Great Scavenger Hunt

Mike the Knight is an animated hit series complete with an enchanting world of medieval castles, plucky trolls and flying dragons.  In each episode, preschoolers follow Mike the Knight on a mission to protect his kingdom, serve his queen and become a real knight.  Mike discovers the power of responsibility, doing tasks and activities the right way and reminding viewers of his motto along the way: “Be a knight, do it right.” The series encourages independence, self-confidence and problem solving while inspiring kids to engage their imaginations with dress-up and pretend play. 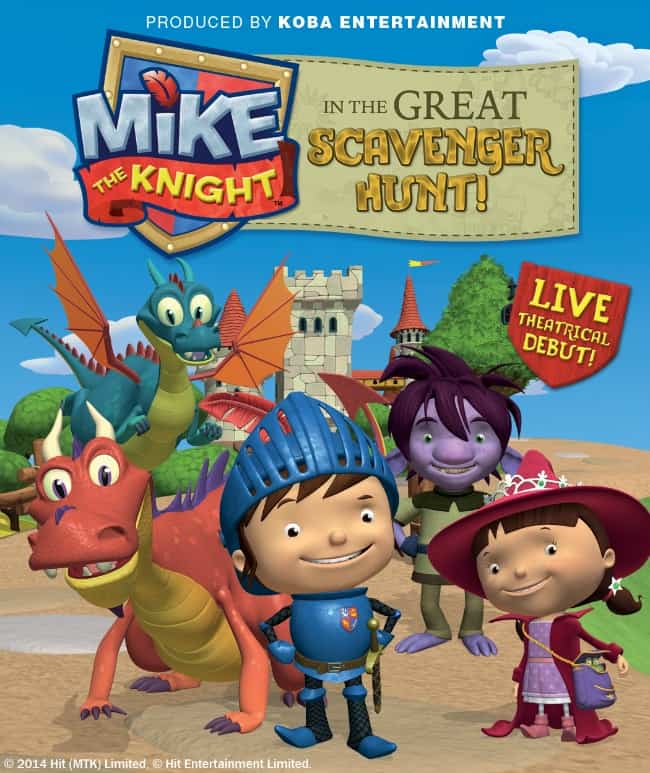 Find out which cities the show will be playing and when it will be coming to a city near you!

Pre-sale tickets go on sale today, November 5, and general tickets are on sale November 7.  General tickets will be available through local box offices or at www.MikeTheKnightOnTour.com.

We are excited to offer our readers a pre-sale code to purchase your tickets for the Winnipeg, MB show on Sunday January 25, 2015 @ 1:00pm CST at the  Centennial Concert Hall.  The pre-sale code for this show is DRAGON.  Enter this code at checkout for your discount!

Stay tuned for a Mike the Knight Giveaway coming in January!!
.