The Playtex Diaper Genie was a staple in our nursery, as well as in the nursery of many of my friends and family.  And while the Diaper Genie will naturally hold in odors caused by smelly diapers, there are times when the Diaper Genie Carbon Filter would come in handy. 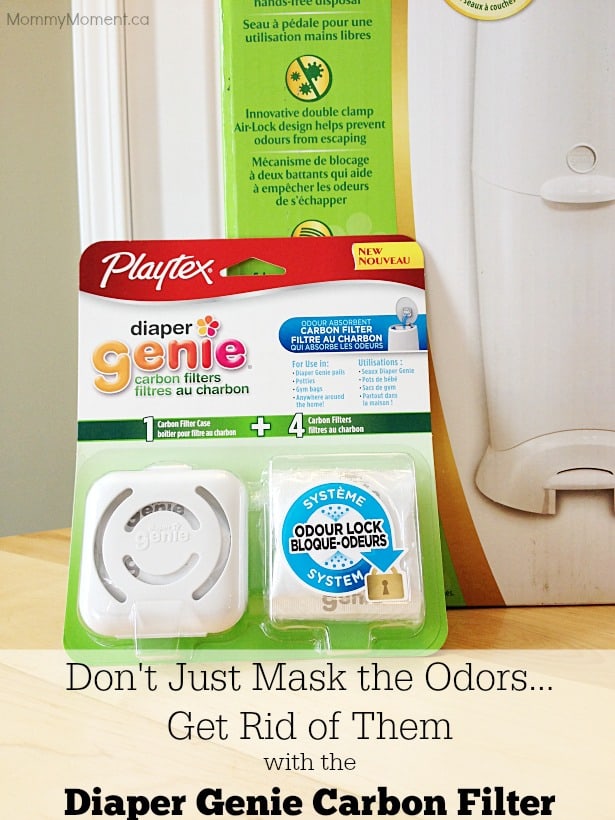 There were times when I noticed the smell of dirty diapers even though we were using the Playtex Diaper Genie.  It was during those “smelly moments” when I realized that the genie was super full and bursting at the seams.  In those moments (5-7 years ago) it would have been great to have the Diaper Genie Carbon Filters attached to the lid of our diaper genie.

Each package comes with one cartridge and 4 individually wrapped filters.  These carbon filters are filled with natural, activated carbon which locks in odor molecules instead of just masking the odors. 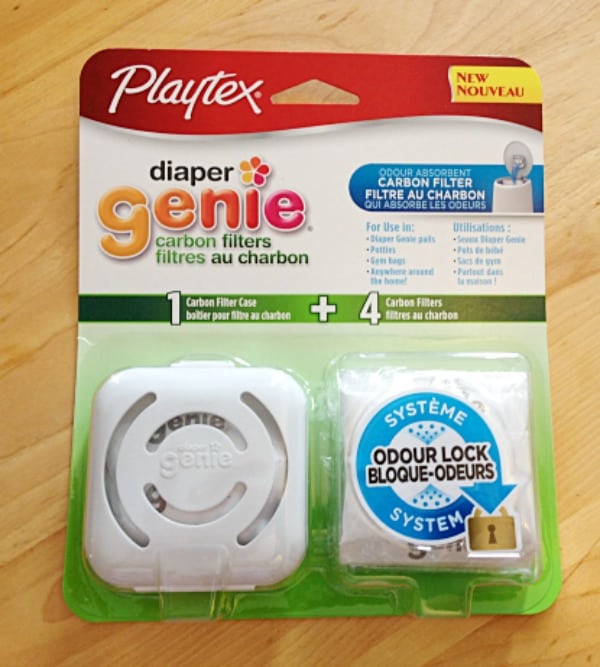 Not only can you use the Diaper Genie Carbon Filters in your Diaper Genie, you can use it anywhere in your home where you want to eliminate ordors.  Use the carbon filter in little potties (to help with those odors associated with plastic toilets), your son’s gym bag or husband’s hockey equipment bag (to get that stinky-sweat smell out) or on the lid of your kitchen garbage can. 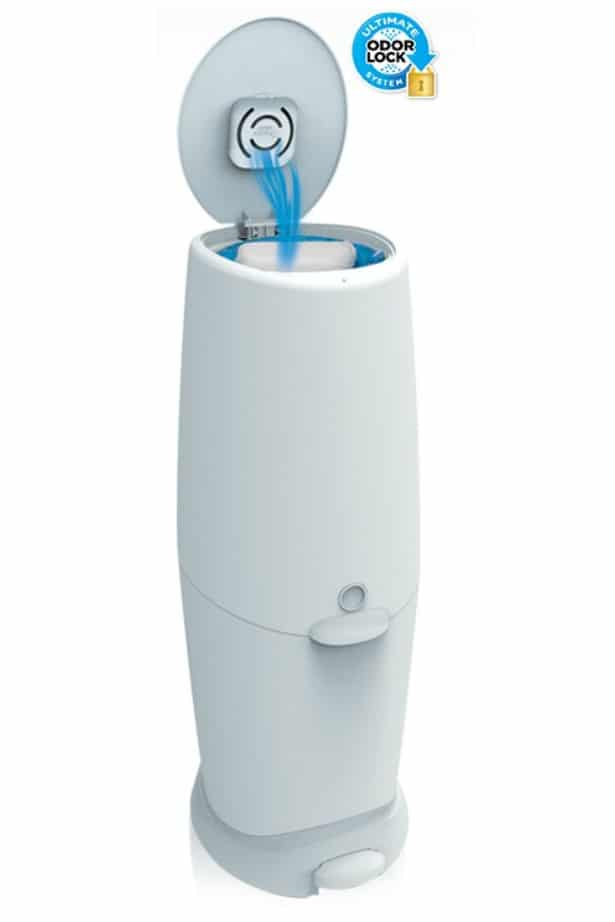 Where would YOU place the Diaper Genie Carbon Filter to help eliminate odors?

Disclosure: I receive special perks as a part of my affiliation with the Playtex Mom Trust program.

The opinions on this blog are my own.

Love how there are so many ways to us the filters to get rid of smells - with 2 boys of my own I am sure that I will be in store for lots of smelly clothes and gym bags!

For sure! I have thought to put one into the scrum cap my hubby wears for rugby ;)