You are here: Home / Family Life / Accepting the Competition 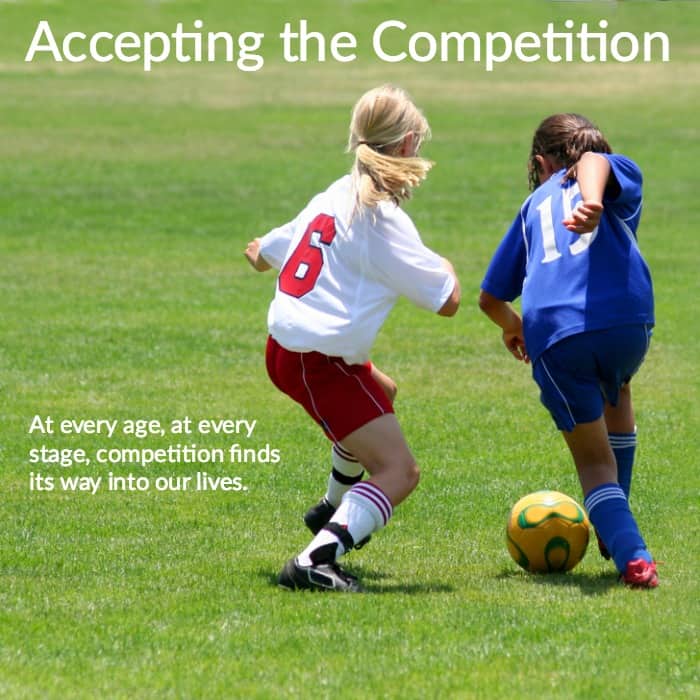 It’s no big secret that kids love to win.  At some point during the transition from toddler to preschooler, most kids learn that there are winners and non-winners when playing games and participating in races.

And while some parents go to great lengths to avoid all forms of competition, it’s nearly impossible to completely avoid competition.

And, as it turns out, not really necessary.

Kids can learn a lot from losing a game or two (or ten…).

My five year old daughter plays in the town soccer league here.  I’m not sure what the magic age is when they start keeping score, but at this stage the league is considered “non-competitive”. 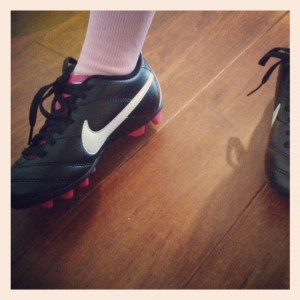 The girls are placed on teams of six and play on small fields with very cute and very small goals.  There are no goalies, and “no standing in the goal” is one of the few rules of play.

It’s sweet and fun and the girls get some great exercise, learn a few skills, and, most importantly, forge new friendships throughout the season.

That’s what I tell myself, anyway.

While my daughter was placed on a team with a coach who really just wants the girls to enjoy the game, there seem to be some very competitive teams out there.

I mentioned that the kids are five, right?

Just before the very first game of the season, the parents on the opposing team asked the parents on our team to move to the other side of the field so that we wouldn’t be on the same side.  We live in Los Angeles.  It’s hot.  And sunny. More often than not.

It hardly seemed worth making an issue over…what kind of an example does that set?  Can’t we all just get along and cheer for all of the kids together?  Apparently not.

My daughter scored two goals that game.  She was happy, proud, and feeling on top of the world.  Those small successes felt huge to her as she ran down that field dribbled right for the goal…twice.

I’m willing to bet that she has absolutely no recollection of the final score.  The coaches don’t keep score.  The parents are not supposed to keep score.  But many of the kids…know exactly how many goals are scored during each game.

It’s the natural inclination of children to want to celebrate their success and to know how their contributions affect the greater good.

Did those two goals help my daughter’s team “win” the game?  That’s neither here nor there…there were no winners.  Or, I should say, they were all winners that day.

It was 96 degrees without a cloud in the sky.  The girls were hot, tired, and thirsty.  We tried to keep their spirits up while willing time to move just a little bit faster.

As we walked (make that limped) home from the game that day, my daughter looked up at me and said, “Why was that team so much better than ours?”

Did you have fun out there today, sweet girl?

Did you talk to your teammates and work together as a team?

You were all great today. Both teams.  It was hot and sunny and you played your hearts out.  Even though we don’t keep score, I know the kids sometimes do.  I understand.  Kids like to count and keep track.  But the most important thing right now is having fun and learning some skills.  And sometimes after a game like that, you really learn a few things.  Did you learn something today?

I learned that we have to back up more.

That’s it.  You learned to back up when someone kicks a goal kick.  So there you go…you didn’t score the most goals but you had fun and learned something new.

And while it might be easy to just let them categorize and stop the conversation there, they learn a lot more when we take the time to discuss the specifics.

Competition will always exist.  At every age, at every stage, competition finds its way into our lives.

Why not make a loss a teachable moment and help your child learn to find the good in any given situation?

If you do, you will build coping skills that will last a lifetime.

You may also like “THE RISE OF THE HELICOPTER GRANDPARENT”