I’m sure by now most of you have heard that Captain Jack is back with Pirates of the Caribbean: On Stranger Tides which sails into theaters on May 20th. 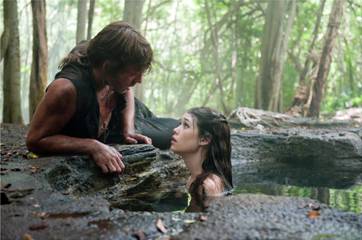 What can you expect in the fourth Pirates adventure?

Produced by Jerry Bruckheimer and directed by Rob Marshall, “Pirates of the Caribbean: On Stranger Tides” captures the fun, adventure and humour that ignited the hit franchise—this time in Disney Digital 3D™. Johnny Depp returns to his iconic role of Captain Jack Sparrow in an action-packed adventure. Crossing paths with the enigmatic Angelica (Penélope Cruz), he’s not sure if it’s love—or if she’s a ruthless con artist who’s using him to find the fabled Fountain of Youth. When she forces him aboard the “Queen Anne’s Revenge,” the ship of the legendary pirate Blackbeard (Ian McShane), Jack finds himself on an unexpected adventure in which he doesn’t know whom to fear more: Blackbeard or Angelica, with whom he shares a mysterious past. The international cast includes franchise vets Geoffrey Rush as the vengeful Captain Hector Barbossa and Kevin R. McNally as Captain Jack’s longtime comrade Joshamee Gibbs, plus Sam Claflin as a stalwart missionary and Astrid Bergès-Frisbey as a mysterious mermaid.

Check out this clip:

I’ve decided to stay home with my little girls so that my hubby can go out with the guys for this movie. Women may go gaga over Johnny, but men love the adventure too. My hubby is thrilled that I now have a giveaway men will want to enter too!

I’m thrilled to be able to offer you a chance to win this Pirates of the Caribbean: On Stranger Tides giveaway. 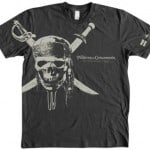 ·         PIRATES OF THE CARIBBEAN: ON STRANGER TIDES t-shirt in adult sizes only

·         PIRATES OF THE CARIBBEAN: ON STRANGER TIDES bandana in black

·         PIRATES OF THE CARIBBEAN: ON STRANGER TIDES 2 temporary tattoos 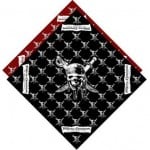 ·         PIRATES OF THE CARIBBEAN: ON STRANGER TIDES official movie poster

(Do any or all of these entries. Leave a separate comment for each entry!)

Digg or Stumble one of my NON- giveaway posts

Blog about this giveaway and leave me the link.

Winners will be chosen by And the Winner is